Schedule a consultation with our Cosmetic Doctors, Cosmetic Nurses or Skin Therapists to discover how we can assist you in achieving your cosmetic goals.

These issues can be addressed by using mostly non-surgical techniques. The most common procedures performed for facial rejuvenation are anti-wrinkle injections, dermal filler and laser skin treatments.

Loss of facial volume is one of the first signs of ageing, and can occur in areas such as the cheeks, around the eyes, brows, and lips. Replacement of facial volume can be achieved with the use of dermal fillers. Using dermal fillers, it is possible to replace the volume that has naturally been lost with time.

Dermal fillers can also be used to enhance and balance particular areas of the face, for example, it can be used to make a chin more prominent to make it balance better with the rest of the face.

For those requiring larger amounts of volume replacement, or for those looking for a more permanent result, fat transfer is an option. This involves liposuction of an area on the body, such as the inner thighs or abdomen, and transferring this fat to the face to replace any lost volume there. It is more suited to those who have generalised facial volume loss rather than specific areas.

Treatment of skin sag or laxity

Skin tends to lose its elasticity, and become laxer with time. Traditionally, this problem has been addressed with surgical procedures such as face lifting, brow lifting, or eyelid reduction surgery. Although the results are more subtle than surgical methods, facial skin sag can also be addressed non-surgically;

Expression lines are another part of the ageing process that can be addressed non-surgically. They are the result of contraction of the muscles of facial expression. With time, these can cause etching of lines in the skin, such as frown lines or crows feet. These are simply addressed with anti-wrinkle injections, which help to reduce excessive muscle activity and skin wrinkling.

Treatment of the skin surface

Finally, the effects of cumulative UV exposure on the skin surface can lead to skin wrinkling, the formation of brown spots, and the appearance of broken capillaries.

Surface wrinkles on the skin that are etched in, ie they are present even at rest, are usually best treated with skin resurfacing. This is most commonly done with lasers such as the carbon dioxide laser or the erbium laser. These lasers actually ablate (vaporise) a very fine layer of the skin surface, allowing the skin to regenerate with fewer wrinkles. There is usually a week or two of recovery time, depending on the intensity of the treatment. The carbon dioxide laser also improves brown spots and general skin texture / tone.

Skin wrinkles can also be treated with less invasive methods, such as medical grade skin care (including topical retinoids) or other lasers such as the Medlite laser.  As a rule, the more invasive a treatment, the greater the downtime, and the greater the results. Therefore, lasers such as the carbon dioxide laser, which produce the most profound changes in skin, take the longest time to recover from.

Carbon dioxide and erbium lasers are classified as ablative lasers as they remove a layer of skin. However, lasers such as the Medlite laser, Ruby laser and Gemini laser are non-ablative lasers as they do not remove skin layers, but instead target a certain problem in the skin such as broken capillaries or brown spots, without removing skin. Each of these lasers have a specific attraction to a certain colour in the skin. For example, the Gemini laser at 532 nanometres is attracted to the haemoglobin (red) in broken capillaries. This allows the laser to hone in on the broken capillaries, and shut them down, whilst leaving normal skin intact.

This fit and healthy 57 year old female presented to Victorian Cosmetic Institute for total facial rejuvenation. There is one month between the before and after photo shown below. This patient had significant potential to achieve an excellent cosmetic outcome with non-surgical procedures. She required treatments to reverse all aspects of the ageing process including facial volume loss, expression lines, and the effects of gravity and UV radiation on her skin. Also having never had cosmetic procedures previously, she was a good blank canvas to work on. The patient was given realistic expectations by us and with her easygoing nature, she was willing to go through with what was suggested. Firstly laser skin resurfacing was performed, followed by anti-wrinkle injections, and then dermal fillers. The laser skin resurfacing was complicated by a staphylococcal infection that resolved with oral antibiotics, and may account for some of the persistent redness seen in the  photos which were taken about 1 month after the laser resurfacing. The anti-wrinkle injections and filler treatments were uncomplicated with no side effects and minimal bruising. The results achieved so far have certainly surpassed both our expectations and the patient’s, showing that non-surgical cosmetic procedures can sometimes achieve results that surgery alone cannot match.

The patient’s goals were;

To achieve her goals we performed the following treatments; 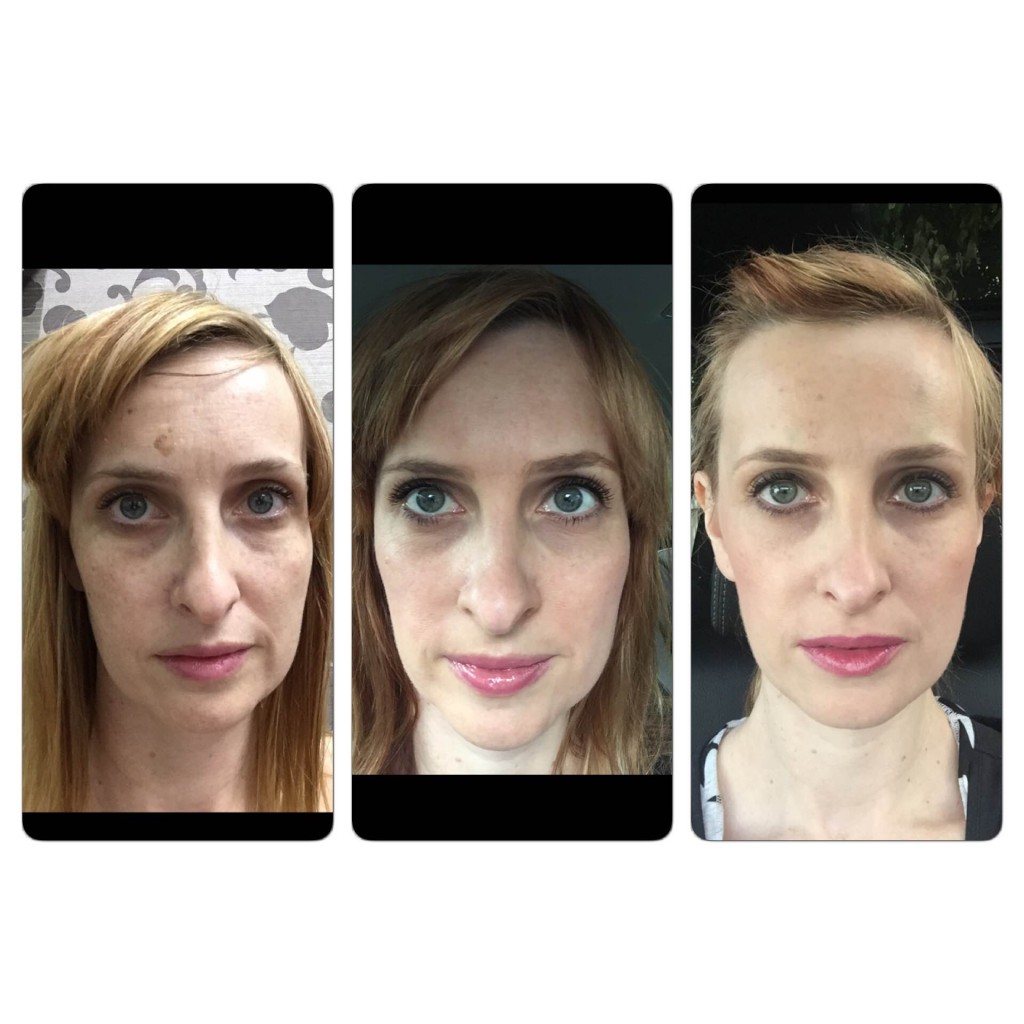 This patient in her thirties presented with concerns initially about the pigmentation on her skin from freckles and sun damage. She underwent Fraxel laser treatment and Gemini laser treatment for her pigmentation. The result is show in the second picture. After this, she decided to have treatment with anti-wrinkle injections to her forehead, frown, and crows feet as well as dermal filler treatment to her under eye area.

The result is both pleasing and natural.

Why choose Victorian Cosmetic Institute as your provider of Non-Surgical Facial Rejuvenation?

Victorian Cosmetic Institute specialises in non-surgical methods to treat all aspects of the ageing process. Our team of doctors, nurses and skin therapists utilise the latest methods to help achieve optimal results that look natural.