Schedule a comprehensive consultation with our practitioners to assess your concerns, suitability for the procedure, and explore the pros and cons of treatment for you. 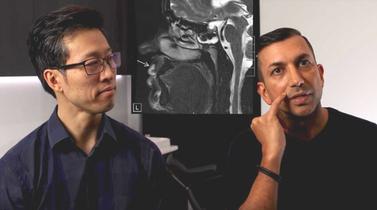 Something happened that forever changed my perspective on dermal fillers…

About 2 years ago, something happened that would completely change my perspective on dermal fillers and how I used them…

At that time I had been a cosmetic physician for 13 years. I noticed that quite frequently patients would complain about their filler disappearing too soon.  Lip filler disappearing only after a few months or even weeks would be one of the classic quibbles. ‘After the swelling went down, so did the lip filler’,  I would commonly hear my patients say.

I used temporary hyaluronic acid fillers that are universally accepted to last 6 to 18 months. Naturally, I assumed that the patients who complained their fillers disappeared too quickly simply had ‘faster metabolisms’.

But 2 years ago, I had my first patient complain that the dermal fillers in her cheeks had lasted too long.

It had been 4 years since she had her one and only hyaluronic acid filler treatment.  The differences weren’t greatly apparent in her photos, but she swore it was still there. To determine more definitively whether the filler was there or not, I performed an MRI scan of her face. At the time, this was not a commonly performed investigation to detect fillers. This is still true today. Hyaluronic acid dermal fillers are water-loving and attract fluid that can be clearly detected on an MRI scan.

To our surprise, the patient’s ‘temporary’ dermal fillers were clearly detected on the MRI despite being 4 years since the injections. We even repeated the MRI which confirmed the findings.

This was the pivotal event that would change my perspective on fillers and how I used them from thereon. If the longevity of ‘temporary’ hyaluronic acid fillers was significantly more than that of the universally accepted 6 to 18 months, surely this would have to alter how we viewed these fillers and how we used them.

I went on to perform MRI scans of facial fillers on many of my other patients who had filler several years ago. Commonly, I did this to determine the cause of a problem such as puffiness under the eyes that had persisted past the expected time period that filler should last.

Virtually every case we scanned showed the presence of filler many years after the filler injections had been performed-  even in cases where the filler had been done over 10 years ago.

So what about the patients who complained of filler going away after only a few months? One of the possible explanations for why many patients and practitioners feel that filler dissolves quickly is the migration of filler. Migration of filler was an occurrence seen on the  MRI scans we performed. The filler was seen to spread away from the area where it was initially injected. Practically, this means that the filler loses its effect as it spreads and flattens. This could easily be interpreted by the patient or practitioner as the filler ‘dissolving’. Lip filler was especially seen to migrate on MRI. The filler that was injected into the lip vermillion (the red part of the lip) would commonly be found on MRI to have spread outside the vermillion. This would give the patient and practitioner the impression that the lip filler had ‘dissolved’. But in reality, it really just ‘moved’.

Combining the extended longevity of fillers with the tendency of filler to migrate means that those who have regular fillers are actually accumulating fillers in their face – without seeing the desired effect. Their faces are simply becoming bigger and losing shape and proportion. Denial of this is a problem – especially since we naturally become accustomed to the changes that occur and fail to see the differences.

For me, this finding has been a revelation. I have realised that we all need to be injecting a lot less filler, a lot less often. We need to treat ‘temporary’ fillers as more of a ‘semi-permanent’ filler. By doing so, our whole perspective on fillers will change including how they are injected,  and how accurate and careful we are with them.

I have to thank my patient who questioned the status quo and queried why her filler was lasting so long. As without her questioning, I might be still injecting too much filler, too often.

How do dermal fillers work?